A Milestone in Jerusalem Architecture

In Jerusalem there is a municipal ordinance dating back to the days of the British Mandate and which exists until today, to cover every building with Jerusalem stone in order to preserve the unique style and beauty of the city. This is the basis for the planning and general uniform appearance of the city of Jerusalem.

How did they begin to build in Jerusalem with this stone?

According to geologists, ancient Jerusalemites quarried the stone for the construction of their homes from their courtyards, while the remaining pit was used to collect rainwater. At sundown, the limestone and dolomite stones that were carved in Judea in the Old City projected a gold tint that gave rise to the expression “Jerusalem of Gold.”
It is indeed customary today to refer to any hand-cut or perceived hand-carved stone as “Jerusalem Stone.”
In recent years, the stone has also been exported overseas, and is widely used in many countries to cover outer walls in exquisite buildings.

At Jerusalem Estates we set a very high bar for every facet of construction that began with the initial planning. We expect every supplier or professional that we hire to meet the very high standards that we set for this project.We did not settle for the standard companies that are commonplace elsewhere in every phase of construction, be it the cladding of the stones, the facades, the wood and aluminum windows, the cladding of the halls and the kitchens. Instead, we selected some of the best suppliers and professionals who are known for their high international standards. Our quest for perfection is no different than a man who meticulously builds his own home, the house of his dreams.

Execution to Perfection for Artistic Planning

The magnificent façades designed by the legendary architect Yehuda Feigin requires a level of execution that is perfect. To this end, the Jerusalem Gardens Company- Murdach, the best professionals in the field of stone construction, were retained. They were one of the founders of the Jerusalem stone brand and are responsible for its wide acceptance overseas.

Over the past 30 years, the company has been involved in several large complex stone design projects in Jerusalem and around the world, including the Kfar David neighborhood, the Waldorf Astoria Jerusalem, the Mamilla commercial center, the Chords Bridge, the Jerusalem light rail project, the Plaza Hotel in New York and the Intercontinental Hotel in Chicago amongst others.

Art as a Cornerstone

The revered architect Yehuda Feigin brought with him the design of the unique stone facade combined with iron from the famed luxury hotel Waldorf Astoria in Jerusalem. The Ganei Yerushalayim Company was also used as the actual execution company for bringing the stone, and integrating it as the facade at the highest available professional level in the market.

They perfected the art of designing facades in Jerusalem stone using special trimmings, both nostalgic and modern. This included large stone arches in the doorways of the lobbies, cornices and window frames that were used by the architect to create a unique and artistic look with his signature design.

Preserving the Past Respects the Future

The investment in stone, its design and execution, connects to one of the cornerstones of Yerushalayim in general and Jerusalem Estates in particular – Preservation of the old parallel to the new!

The Jerusalem charm that is woven between the ancient stones facing the buildings honors the history of the city with renewed splendor. This is the vision with which we set out to build the Jerusalem Estates flagship project, and this is just a very small example of the commitment of the developers to deliver a completely amazing residential project, from the minutest detail to the biggest innovations, the likes of which have never been seen in Jerusalem. 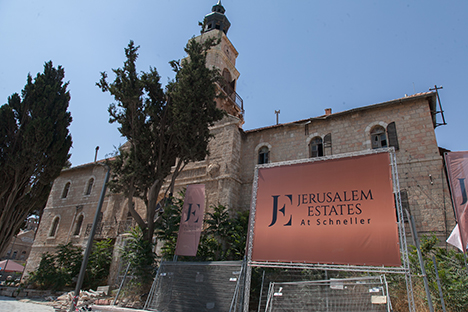 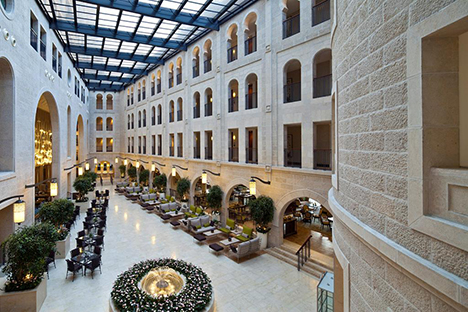 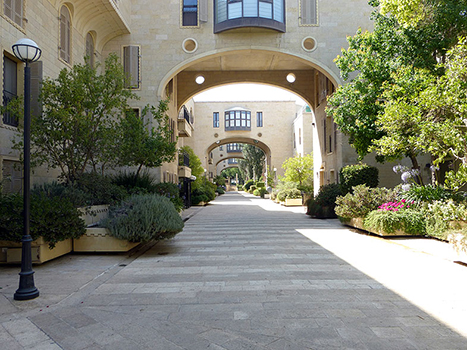