Jerusalem… A single ray of sunlight streaks down on the dusty basement as the silversmith of yesteryear descends to perform his daily chore of shaping the ancient coins used in the days after the destruction of the Second Bais Hamikdash. He chisels the perimeter until the image on the coin is visible.

The scene segues towards a view of a courtyard that so much defines Jerusalem over the ages and which will be recreated as part of the city’s unprecedented private luxury housing in the historic Schneller Compound. At the end of this most highly professional film ever to be produced in the Charedi world for a real estate enterprise, the silversmith, now in modern dress, twirls the coin which has become the signature symbol for Jerusalem Estates.

A collaborative effort between some of the film industry’s most respected professionals, it brilliantly weaves in the historic fiber of the development with the most modern amenities that will offer dwellers the best of all worlds. Indeed, the film pans many reminders of the Yerushalayim of old while placing a spotlight on the vibrant and dynamic life in an area coveted by Jews worldwide. As if to freeze time, there is the ancient coin that appears over and over again as if to jolt the viewer into the reality of the synthesis of the many worlds that Jerusalem Estates brings together in this short but remarkably poignant film. According to the producers, not only is the quality of the film historic for an Orthodox project of this scope, it is equally as trailblazing for selling real estate anywhere.

PERETZ BLAU:
LOCATION, LOCATION, LOCATION
“Jerusalem Estates is in a prime location,” says Peretz Blau, a partner in Valimer International, the developers of Jerusalem Estates. In an interview with Devorah Paltiel of Lubicom, the US marketing group for Jerusalem Estates, Mr. Blau said: “Prime location isn’t just about being centrally located; it is actually located at the point where the new and old charedi neighborhoods meet – that’s what makes it so unique.” He explained that the project is surrounded by Romema which is new, and Geulah which is old. It’s a prime location, near the entrance to the city, the Kotel, Ben Yehuda, and Rechavia.
In describing the uniqueness of the project, Mr. Blau called it a “village” within the historic Schneller Compound. “It’s not just about one building,” he adds, “it’s what differentiates it from all other projects. It’s an oasis, a quiet village within the tumult of Geulah and Malchei Yisrael Street.” Some of the important features of the project include the fact that the “buildings are taller than all the other surrounding buildings allowing for great views.” The developer pointed out that many of the other buildings within Schneller had to remain because they are “heritage” sites (museum etc.), and even some trees had to stay because they too are part of the “heritage” listing. The landmarked buildings are only 3 stories high while Jerusalem Estates is 8 stories high which afford some magnificent views.
For Blau and his team, Jerusalem Estates was two decades in the making due to complex zoning issues. Defining the “village” feel, Mr. Blau noted that there will be a special tunnel for residents to avoid traffic and simply drive across Malchei Yisrael Street to the other side, where the underground parking will also be. “It is a village because it is self-contained with such amenities as a shul, business center, lounge, wine cellar, and gym.”

THE BRILLIANCE BEHIND YEHUDA FEIGIN
As progress continues to be made on the construction of Jerusalem Estates, there is widespread applause for the brilliance of Yehuda Feigin, the architect of the most luxurious housing enterprise ever built in Jerusalem. The developers explain that “Feigin’s whole idea was to build from the inside (shell) out to Jerusalem – with open spaces and beautiful views of the hallowed city. In fact, from the lobby it will be possible to see all the open spaces, gardens and, of course, the airiness of the area.” The design left the space so open that zoning would have permitted adding another building within the complex, but Feigin rejected the notion just to keep his idea of airiness. Feigin’s genius is seen throughout the project, just as it is with his world-class designs like Jerusalem’s Waldorf Astoria.
Feigin insisted on the highest level of landscaping, bringing in a leading landscaper, Zur Wolf (firm). “It was about bringing the old outside into the modern inside, which is exactly Feigin’s style which you can see from his Waldorf project,” the developers explain. Feigin himself pointed out “that it is common in development projects that some of the details are worked out along the way, but with JE every detail of the project was worked out beforehand.” The developers recalled that Feigin drew everything by hand initially, pointing to his genius. The award-winning architect is extremely proud to be associated with Jerusalem Estates. He says that it is “an amazing project because it kept to all deadlines from the beginning which is extremely rare, and you can see it in the amazing results.” Feigin worked on the design for 2 -3 years, so he can really attest to the fact that everything is on schedule.
The landscaper, Zur Wolf, created something very unique for Jerusalem Estates. He designed small pools of water, and interesting plants and flowers, which is without precedent anywhere in Jerusalem. The developers say that they invested far more money in landscaping than was necessary because they wanted to make it extremely beautiful. The landscape also includes handmade tiles on the floor to create a Jerusalem atmosphere. Another example of how the developers went well beyond the norm to create the highest quality construction is that the window frames are usually made out of aluminum, but in JE they’re made out of real wood.

SALES DIRECTOR FOND OF CLIENT ENTHUSIASM
As Director of Sales and Marketing, Sasha Moskovic gets to interface with prospective clients. His office is in the beautiful sales headquarters on the busy King David Street. He rattles off all of the virtues of the 150-year old Schneller Compound, focusing on such features as the planned Museum of Jewish Art with artwork of Rav Hillel. The Municipality of Jerusalem is investing 300 million shekel into the museum. He notes that the Schneller complex will also include the Bet Midrash for Ger, an Old Age Home, the Merom Yerushalayim housing complex, a public park, and a 24/7 guard in the gated community.
Sasha is enamored with the professionalism of the collateral sales material he uses to sell the project and particularly gloats when he discusses the video. He recounts how in one case it was taking quite a while to get a client to complete a contract. He dialed the client one day: “Are you sitting down because I want to send you a film that you need to see!” Five minutes later Sasha received an email who couldn’t stop raving about the video. His email had “a million” exclamation marks. “If you’re going to make it as it is in the movie, then I’m confident it’ll be amazing!” The client signed on.
Sasha is excited that 50 families have already gone to contract. “Many times people are hesitant because they don’t see the actual apartment before it’s built,” he says, “but when I say that it’s the same architect as the Waldorf people feel very confident.” The fact that it is a gated community is also comforting to people, he adds. In 1 ½ years Sasha is expecting a model apartment to be up “and that’s probably when people will feel even more confident to buy.” He expects prices to go up once the model apartment is available and more people buy. 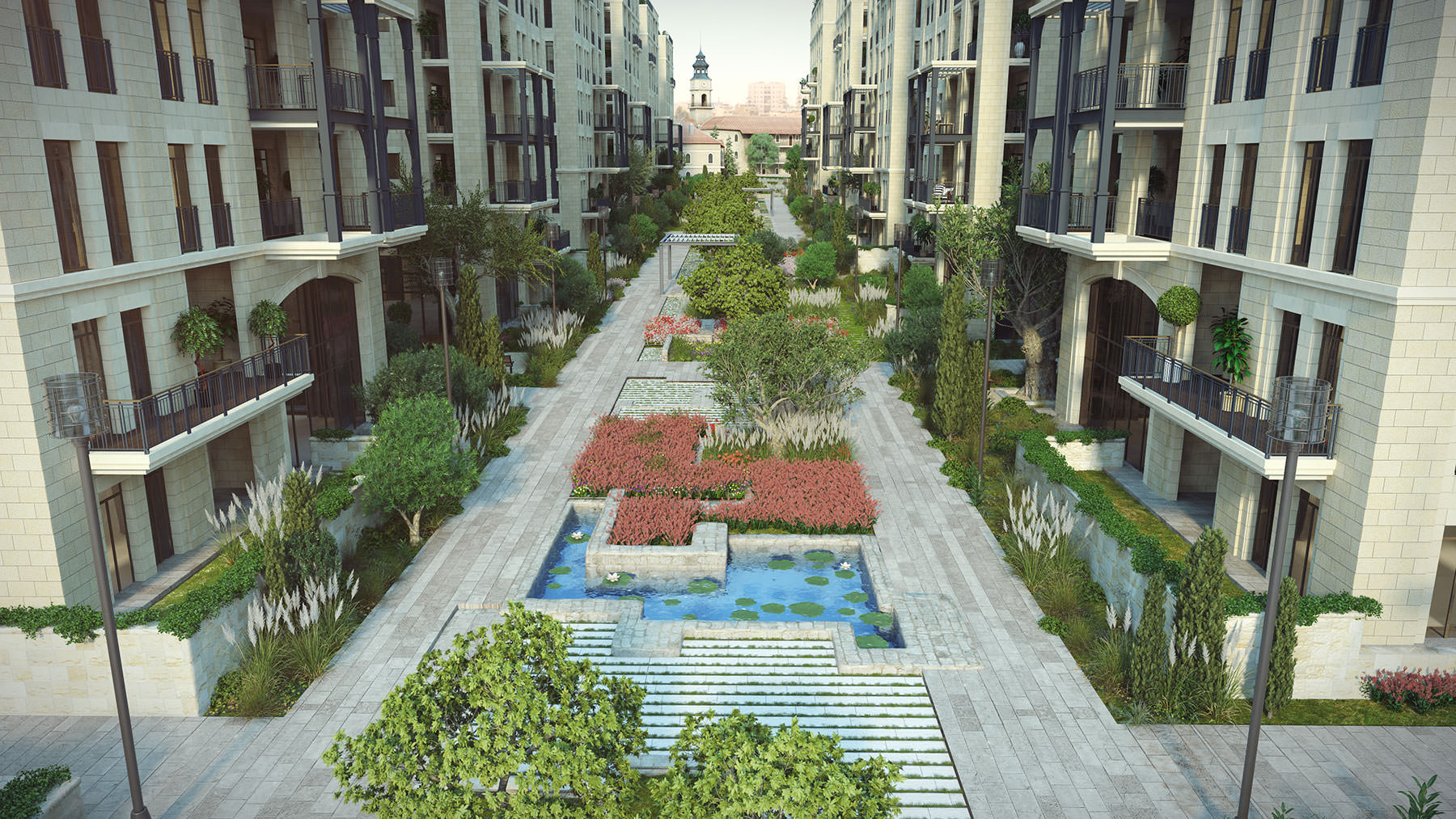 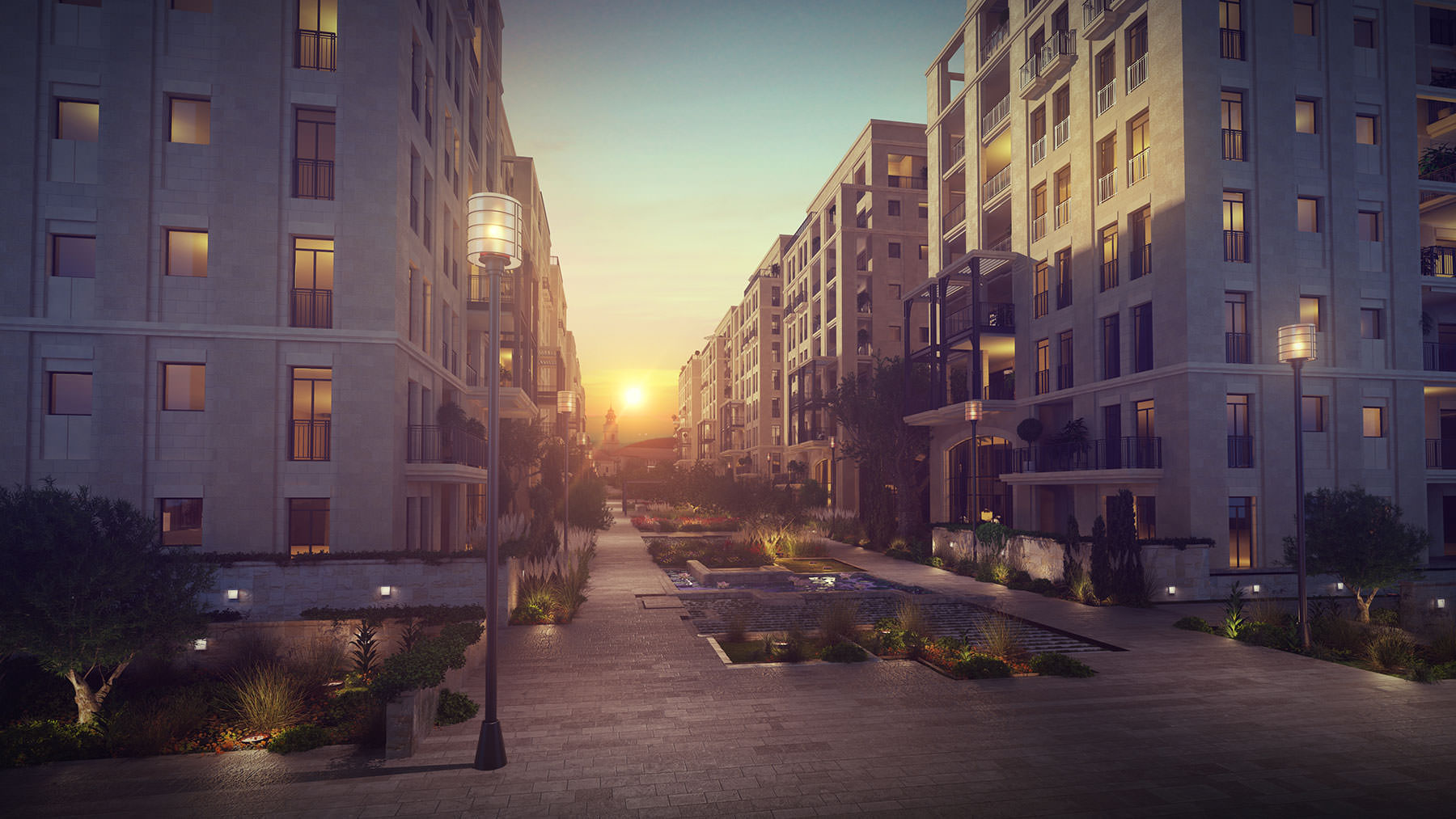