When we published an ad last week, we knew that people would be excited, but we were still pleasantly surprised at the intensity of reactions that the ad – and more specifically, the image featured – generated.

This image was released after years of using renderings to provide visuals of the grand scope of the Jerusalem Estates project. These simulations were viewed with some degree of skepticism, and there were those who doubted that the project could possibly deliver on such a scale.

For the very first time, we present you an image of an actual, finished building. And it’s at least as great as the renderings, if not greater.

Down to the Minutiae

For all those who were wondering, yes, this is an absolutely authentic picture of a lobby at Jerusalem Estates, including the wooden chest displaying the historic coin replicas which have accompanied the project throughout its development. The sweeping curtains, the scintillating light fixtures and luxurious armchairs are all set as well, completing the grand vision to the very last detail.

You’ll also notice the very edge of the Amphora Garden, visible through the great arched windows. It’s been the focus of several photos, which are set to be released in the near future. Stay tuned…

Yaakov Merdinger, master craftsman and owner of Hazorfim, is renowned for his meticulous attention to every detail and intricate masterpieces. He was kind enough to lend this marvelous showpiece that graces the center of our lobby in honor of the chag, and we extend our most heartfelt appreciation.

A Most Beautiful Mosaic

This is the first image in a series that will unveil the development of Jerusalem Estates, the foremost development in the city, which is already in the first stages of occupancy. We are proud to add another jewel to the crown that is the Jerusalem skyline, the most beautiful city in the world: עיר כלילת יופי משוש כל הארץ. 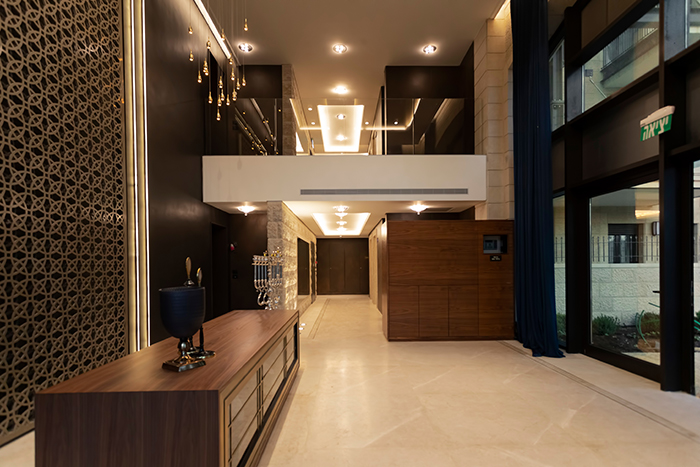 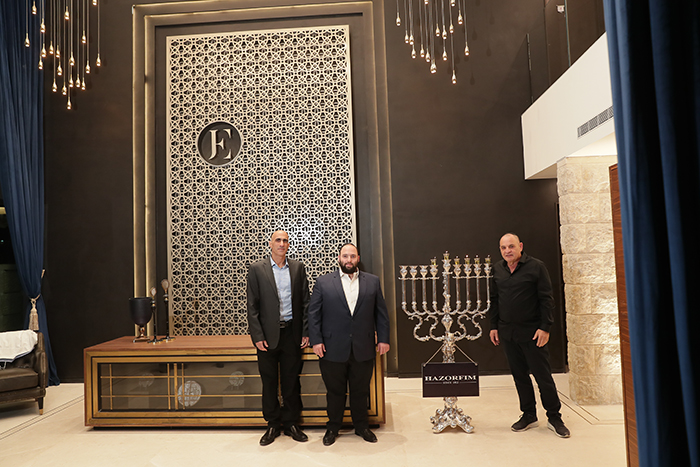 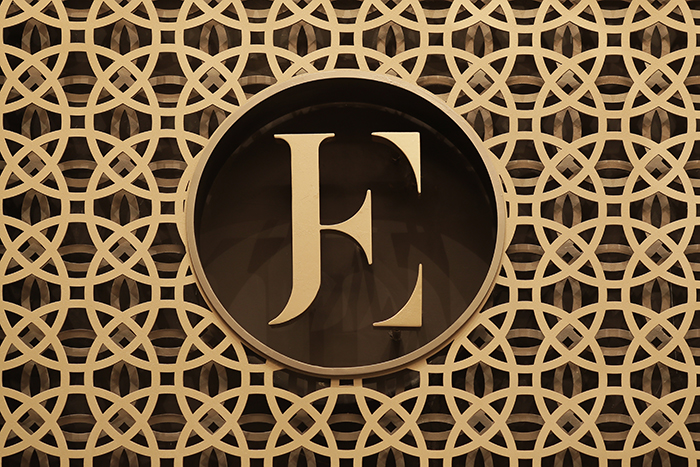