The Number One Appraiser in Israel Reveals All

Yaron Spector, the number one real estate appraiser in Israel for banks and financial institutions, conducted a tour of the Jerusalem Estates project, accompanied by Gil Seton, Director of the Zero Report Department. On the tour, he spoke with the media about real estate prices as well as the forecasted value of real estate in Jerusalem, notably on its flagship project: Jerusalem Estates.

In 2021, the largest number of real estate transactions in the history of Israel were recorded. What is your forecast for the year 2022?

What is driving the dramatic rise in real estate prices in Israel?

Many factors have brought about the phenomenon of rising prices for Israeli real estate, especially in Jerusalem.

The fact that many countries in the world are experiencing increased anti-Semitism has led to increased apartment purchases by Jews from abroad, first to stake a claim in the country and eventually to move to it. An important factor that sets the Jerusalem market apart is its spiritual element. Jews from all over the world feel a religious, spiritual connection to Jerusalem, which influences their purchase decision beyond economic considerations.

These buyers, along with the high natural growth of the Israeli population, increase the demand. This is compounded by the housing shortage, a shortcoming that stems mainly from the complex government bureaucracy at all stages of construction, from purchasing and planning to building and occupancy permits. These old systems, as well as fear of officials and legal authorities, are what keep various permits from being signed to allow apartments to be released to the market.

Incredible. What can be done to stem the rise in prices?

The explanation is complex, but in brief, it all comes down to supply and demand. Once construction starts to not match up to the existing and growing supply, the result is an increase in prices.

Prices in the Tel Aviv area are higher than those in Jerusalem. Is that justified? For example, we’re sitting here in Jerusalem Estates, the most prestigious of the ultra-Orthodox projects currently under construction in Israel. Some say the prices here are high. But from my familiarity with the market, I can say with confidence that if this project were built in Tel Aviv, prices would be 50% higher, for the same bricks and tiles. So prices have nothing to do with brick and mortar. Rising inflation is also causing people to turn to real estate channels, which is another reason why demand is rising.

Is there any dramatic move that can curb the phenomenon? A government figure, perhaps, who can present a practical plan to reduce housing prices or at least control the rapid rise?

The honest answer, to put it bluntly, is no. I don’t see anything that can be done to stop the trend.

Are you saying that the grandiose plans put forth by the Finance, Interior and Housing Ministers are just lip service?

The plan sets ambitious goals, but unfortunately, although the plans sound good in theory in plans and articles, in reality the numbers don’t add up. Meanwhile, housing starts are declining and the land market is weak. There are simply not enough apartments to satisfy the market demand.

What’s Next for Jerusalem?

As mentioned earlier, prices in Tel Aviv are currently higher than Jerusalem, but there is no way to know what the future holds. All the large companies have now moved construction to Jerusalem, and if the light rail and train will connect the whole country to Jerusalem, the sky is really the limit.

The uniqueness of Jerusalem Estates will continue to set it apart in the coming market. When asked to describe the unique footprint of the project, Spector replied, “The natural topography of the compound, towering high above the area, is unique and historically valuable. The contrast of the sleek project with the hustle and bustle of Geulah, just steps away, is truly one of a kind. The ancient Yerushalayim stone that envelops the compound is another mark of authenticity that also ensures the privacy of the residents. The combined effect is to provide a sense of security, privacy, peace and equanimity in an elegant environment.”

Reality That Exceeds All Expectations

Spector, who visited the site while Jerusalem Estates was still in the planning stages, was enthusiastic about seeing the dream that was sketched out so many years ago taking shape before his eyes.

“I remember this place from 2014,” he told us.”I have accompanied this project from a financial standpoint since its inception. I submitted the Zero Report and supervised the site, and I am excited to see the buildings completed and the apartments inhabited. It is exciting to see how the forecasts and plans submitted just several years ago have become a reality, one that far exceeds every expectation. Buyers are excited about their unique homes, the creativity inherent in every detail of the project and the preservation of the site’s authentic atmosphere.”

These elements, combined with the professionalism radiated by every aspect of this tremendous project, sets the value of this property in very high absolute terms. This is in addition to it being a sentimental, religious investment for future generations. It’s like a work of art that comes to life only once every few decades, in a limited edition.

One of the well-known names in the field of Israeli construction on leading projects is Yaron Spector. Spector, who founded his real estate appraisal company over 20 years ago, is well respected in the field. He holds an M.A. in Business Management from Bar Ilan University and a B.A. in Economics, also from Bar Ilan University. He is a member of the Real Estate Appraisers Association in Israel. Spector Appraisers is one of the largest real estate appraisal firms in Israel, one of the only firms in the country that appears on all of the banks’ appraiser lists. Rated by Globes’ Dun’s 100 as the No. 1 appraisal company in Israel, Spector escorts the majority of new chareidi projects in the Greater Jerusalem area. 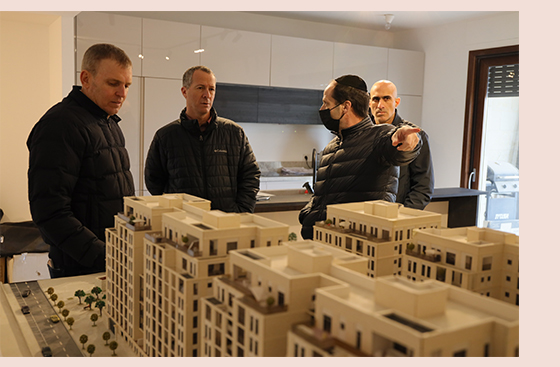 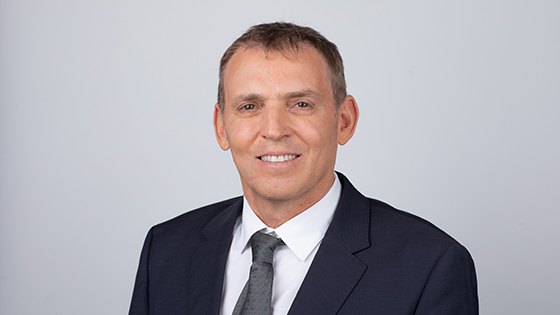