A remarkable stat emerged in the 2019 annual real estate reports of leading economic websites. Three out of five of the top luxury real estate deals made in Jerusalem in 2019 were made in one project! And interestingly, while demand fluctuates in other areas of Jerusalem, demand within this project has only risen. A survey conducted by real estate experts shows the same rising trend countrywide, with the majority of deals being made in the same project – Jerusalem Estates at Schneller.

Our veteran marketing gurus Israel Lev and Avraham Koplowitz of Rothschild Real Estate explain that as demand grows, prices are likely to increase. As they say, “Prices right now are between NIS 37,000-60,000 per square meter. As we near the end of Phase I, which we expect to be this summer, and as sales accelerate, it is reasonable to expect that prices will rise. We would definitely advise buyers to secure their apartments before they run out.”

In a notable development, several influential guests were seen last week at Schneller. Four senior executives of Bank Hapoalim, the largest bank in Israel and the financiers of Jerusalem Estates, were joined onsite by bank CEO Dov Kotler and the project developers. They were impressed by the level of workmanship and precision with which the construction was carried out, as well as the strict commitment to schedule, quality and safety. To secure your place in this premier project, contact our sales office at 718-564-6656, or visit www.jerusalemestates.com. 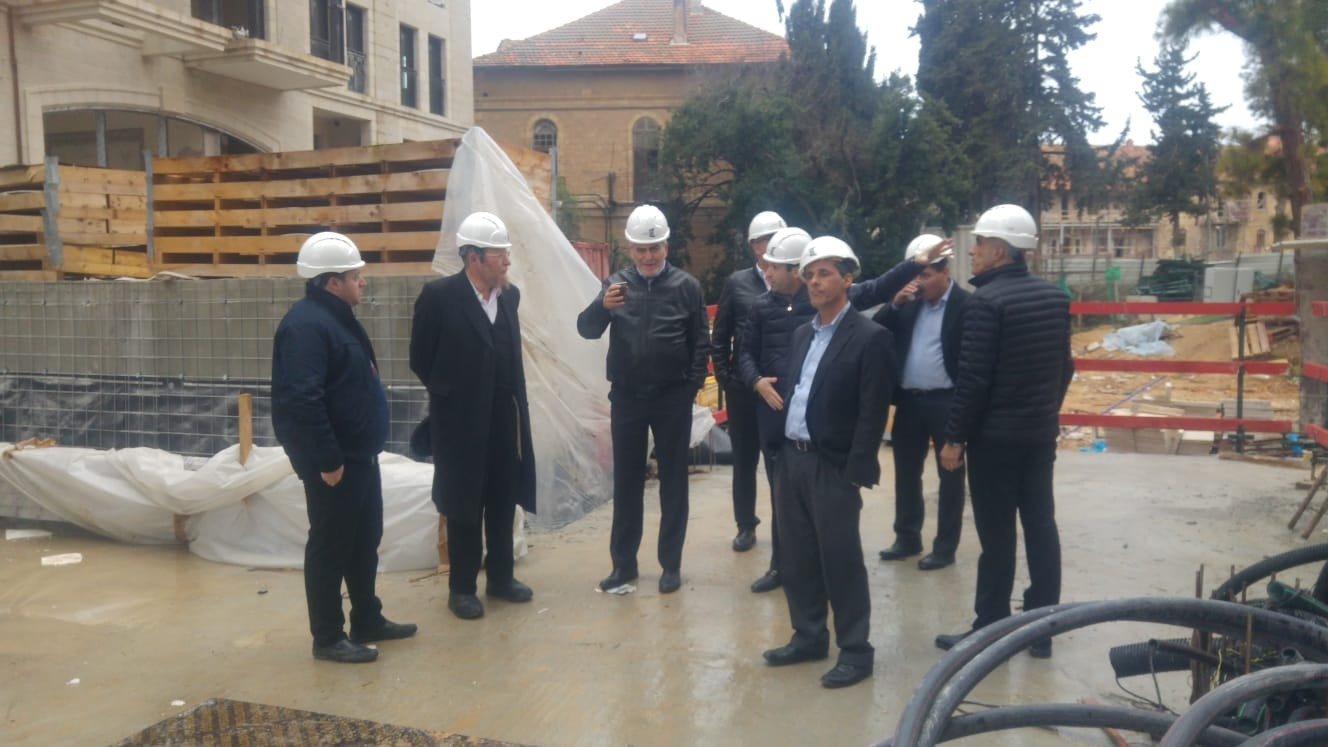